by VARKA & Selyn
With the Tether Overhaul on hold and no new maps forthcoming I think its about time to try to make the best of the situation. With that in mind I'm working on some updates and improvements to the existing Tether layouts. 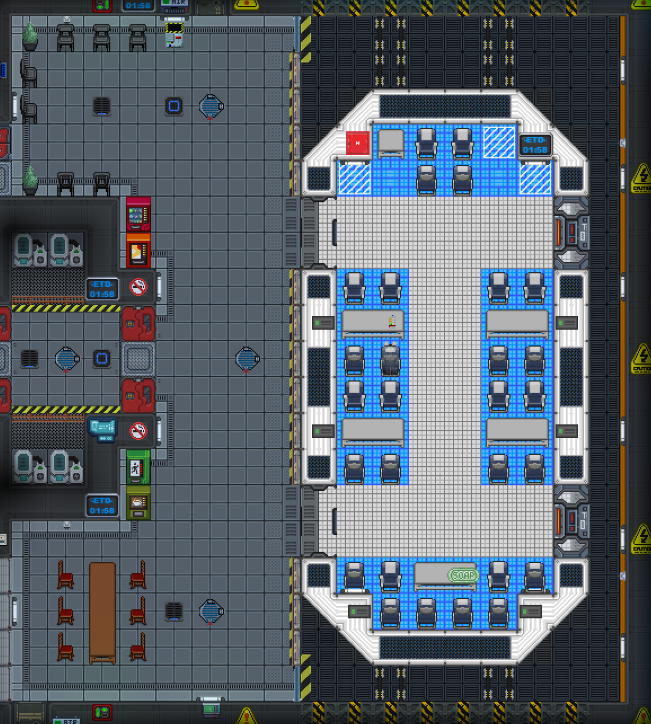 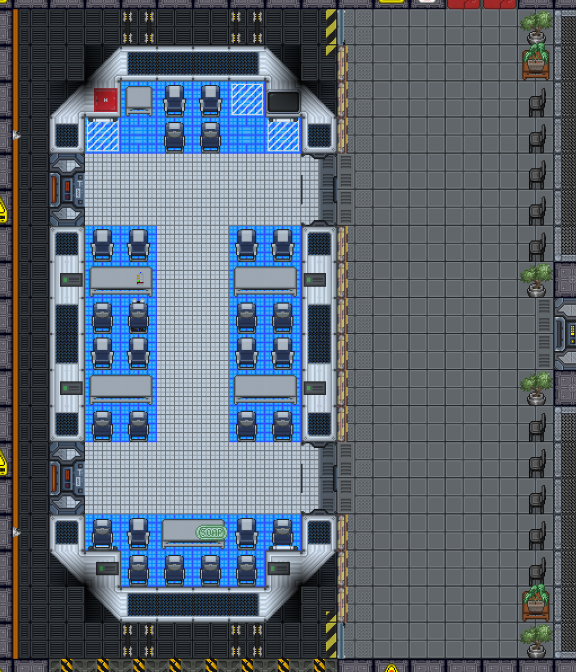 Suggestions for further adjustments either to Surface 1 or other floors are welcome.

by Nethaufer
What keeps people from running into the tram area by where the doors are?

You're also doing a downgrade from the work done on the Tram area, with the security cell now missing. 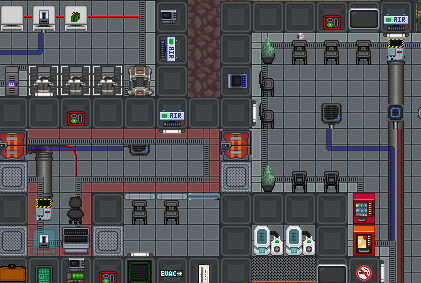 Overall the platform is a touch bigger than it was before, but most of it is a different flow for entering and leaving + a slightly different internal layout.

by Nethaufer
That maint door isn't an all access door. Requires mining access I believe. Either on the entrance or further in when it connects to mining maints. Which have a cargo and mining restricted door at the pit and into mining proper.

by Te.name
i'm working on a lot of tether stuff already ill be done by like the end of the month depending on stuff, ive already rebuilt like 5 areas and 2 departments

by Te.name
Like the only thing I am not touching is the tram itself because last time I tried I couldn't get it to not bug out and no one could figure out why it fucked up so eh.

by VARKA & Selyn
I've done transition tests and my tweaks all work fine. I'm putting this on hold until your own stuff is done though, since even mapmerge isn't perfect (and my own stuff was getting a bit scope-creep-y so I want to start over fresh and experiment with some other stuff in the process).
All times are UTC-11:00
Page 1 of 1